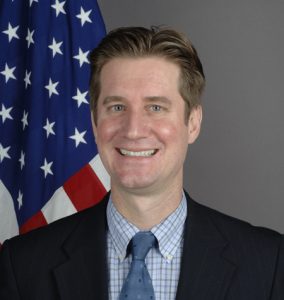 Ambassador Matthew Bryza is a Non- Resident Senior Fellow at the Atlantic Council’s Global Energy, Eurasia, and Turkey Centers and Board Member of the Jamestown Foundation, both located in Washington, DC. He was Director of the International Center for Defence and Security in Tallinn, Estonia, during 2012-2015, where he founded the Center’s energy security and cyber security programs... read more

In 2012, Bryza completed a 23-year career as a U.S. diplomat, culminating as Ambassador to Azerbaijan.

Earlier, he served as Deputy Assistant Secretary of State (2005-2009) and Director on the National Security Council Staff at the White House (2001-2005) for U.S. relations with Turkey, Cyprus, Greece, Central Asia, and the South Caucasus (including mediation of the region’s separatist conflicts).

During 1998 to 2001, Ambassador Bryza was the Deputy Special Advisor to the President and Secretary of State on Caspian Basin Energy Security.

He is the recipient of Estonia’s Cross of Terra Mariana (Fourth Class) and Georgia’s Order of St. George.

Ambassador Bryza received his bachelor’s degree in international relations from Stanford University and his master’s degree from the Fletcher School of Law and Diplomacy.

Natalie A. Jaresko is an accomplished leader with transformational experience in public service, non-governmental organizations and the private sector. She has over 25 years of successful management experience. For the last four years, as Executive Director of the Financial Oversight and Management Board for Puerto Rico she has managed the sustainable negotiated exit from the largest municipal bankruptcy in U.S. history, while working to restore the Island’s fiscal health and accountability, enabling a return to capital markets. ... read more

Prior to her territorial service, she served as Minister of Finance of Ukraine (2014-16) at one of the most difficult times in Ukraine’s history, rocked by a deep recession, foreign occupation, and war on part of its territory.

Prior to this period of public service, she spent two decades in the private equity industry focused on small and medium-sized business in the region, as co-founder and CEO of Horizon Capital, a fund manager with over $600 million under management, and as President and CEO of the Western NIS Enterprise Fund.

She began her career in Federal government serving in the U.S. State Department in Washington, D.C. from 1989-92, and as Chief of the Economic Section of the U.S. Embassy in Ukraine from 1992-95, where she was responsible for building a new economic relationship between the United States and newly-independent Ukraine.

Ms. Jaresko has done extensive public speaking and media appearances, including CNN and CSPAN. She has guest lectured at Stanford Business School, Harvard Kennedy School of Government, Ukrainian Catholic University, Notre Dame, Cambridge University, University of Michigan. Two Presidents of Ukraine have awarded her for her service to Ukraine. She serves on multiple not-for-profit boards, including as Chairperson of Aspen Institute Kyiv.

She received her Master’s Degree in Public Policy from the Harvard University Kennedy School of Government, and her Bachelor of Science Degree in Accounting from DePaul University in Illinois. 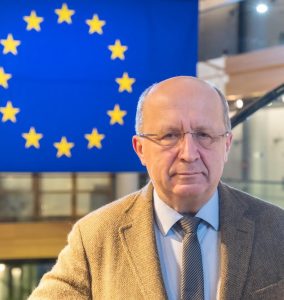 Member of the Seimas of the Republic of Lithuania (1992-2019). Served as the First Deputy Speaker of Seimas, Chairman of Committee on European Affairs, Leader of Opposition. Twice the Prime Minister of Lithuania (1999-2000 and 2008-2012).

Andrius Kubilius is the Head of the EPP Lithuanian delegation, Chairman of various intraparliamentary groups in the European Parliament: Lithuania Caucus in the EP, Baltic Caucus in the EP, EU Neighbourhood East Forum, Friends of European Russia Forum. Author of international Initiatives “Marshall Plan for Ukraine” (later — “European Plan for Ukraine”), “Trio Strategy For the Future of Eastern Partnership”, “Western Strategy Towards Russia”.

Vitaly Portnikov Ukrainian publicist, TV host and writer. Was born on May 14, 1967 in Kyiv. Studied at Dnipro National University of Olesa Gonchara, graduated Moscow State University of Mikhailo Lomonosov faculty of journalism. During his studies, he contributed to Kyiv newspaper Molod' Ukrainy, and was its Moscow correspondent.... read more

In 1990 was one of the founders of first independent newspaper in Soviet Union – Nezavisimaia Gazeta. Starting from 1991 cooperated with Radio Free Europe/Radio Liberty, hosts several programs of this media.
He is the author of many publications in Ukrainian, Russian, Polish, USA, Baltic States, Israeli and various other country mass-media outlets.
He is the host of several TV programs. Presently he is the host of the program Politclub on Espesso TV channel. Published journalistic trilogy Bohoroditsa v Sinagozi, Tiurma dlia Angelov, Dzvin Maidanu.
He is Ukrainian Pen-club member. 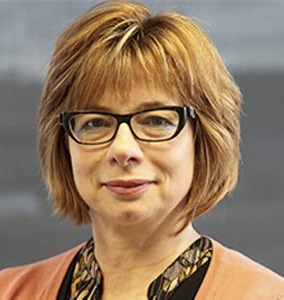 Kataryna Wolczuk is Professor of East European Politics at the Centre for Russian, European and Eurasian Studies (CREES), University of Birmingham. She is Associate Fellow at Chatham House (Russia and Eurasian Programme). .... read more

Her research has focused on a) state building processes in the post-Soviet countries b) relations between the EU and the post-Soviet states and c) Eurasian integration and its impact on EU’s eastern policy. She has published a number of books, including Eurasian Economic Integration: Law, Policy, and Politics, Edward Elgar, 2013 (with R. Dragneva); Ukraine between the EU and Russia: the Integration Challenge, 2015 (with R. Dragneva) and The Ukraine Conflict : Security, Identity and Politics in the Wider Europe, 2017 (with D. Averre).

Prof. Wolczuk has extensive experience of working with the European Union, think-tanks, governments and international media and has researched extensively the post-Soviet countries. She frequently contributes to publications, conferences and events related to the Eastern Partnership and Eurasian integration, as well as domestic and foreign policies of Ukraine. 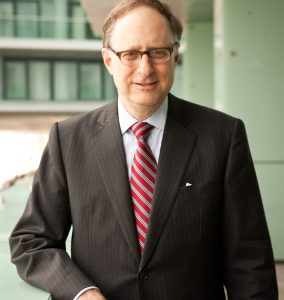 Alexander Vershbow Ambassador Alexander "Sandy" Vershbow is a Distinguished Fellow at the Atlantic Council’s Scowcroft Center on Strategy and Security and Eurasia Center in Washington DC, where he works on both transatlantic issues and relations with Russia and Ukraine. He is also the Wolk Distinguished Visiting Fellow at the University of Pennsylvania’s Perry World House in Philadelphia, Pennsylvania. .... read more

Ambassador Vershbow was the Deputy Secretary General of NATO from February 2012 to October 2016, the first American to hold that position. He was directly involved in shaping the Alliance’s political response to Russia’s aggression against Ukraine, in adapting NATO’s strengthened deterrence and defense posture, and in deepening NATO’s partnerships with non-Allies in Europe, the Middle East and Northeast Asia.

Prior to his post at NATO, Ambassador Vershbow served for three years as the US Assistant Secretary of Defense for international security affairs. In that position, he was responsible for coordinating US security and defense policies relating to the nations and international organizations of Europe (including NATO), the Middle East, and Africa.

From 1977 to 2008, Vershbow was a career member of the United States Foreign Service. He served as US Ambassador to NATO (1998-2001); to the Russian Federation (2001-05); and to the Republic of Korea (2005-08). He held numerous senior positions in Washington, including Special Assistant to the President and Senior Director for European affairs at the National Security Council (1994-97) and State Department Director for Soviet Union affairs (1988-91). During his career, he was centrally involved in strengthening US defense relations with allies in Europe and Asia and in transforming NATO and other European security organizations to meet post-Cold War challenges. He also was involved in efforts to support democracy and human rights in the former Soviet Union.

Alexander Vershbow is a long-time student of Russian Affairs and international relations. He received a B.A. in Russian and East European Studies from Yale University (1974) and a Master’s Degree in International Relations and Certificate of the Russian Institute from Columbia University (1976).

During his U.S. government career, Ambassador Vershbow received numerous awards including the Department of Defense’s Distinguished Civilian Service Medal (2012) the State Department’s Cordell Hull Award for Economic Achievement for his contributions to negotiations on the Korea-U.S. Free Trade Agreement (2007); the American Bar Association’s Ambassador’s Award for his advocacy of the democracy, human rights and rule of law in Russia (2004); the State Department’s Distinguished Service Award for his work as Ambassador to NATO (2001); the Department of Defense’s Joseph J. Kruzel Award for his contributions to peace in the former Yugoslavia (1997); and the Anatoly Sharansky Freedom Award of the Union of Councils of Soviet Jews for his work in advancing the cause of Jewish emigration from the USSR (1990).

At NATO, Ambassador Vershbow was awarded the NATO Distinguished Service Medal, and he received state honors from the Presidents of Estonia, Italy, Latvia, Lithuania, Poland, Romania, Ukraine, Georgia and Finland and from the King of Belgium.